Skip to content
You are here
Home > Highlights > 93 Days Movie Review: A Movie by Steve Gukas 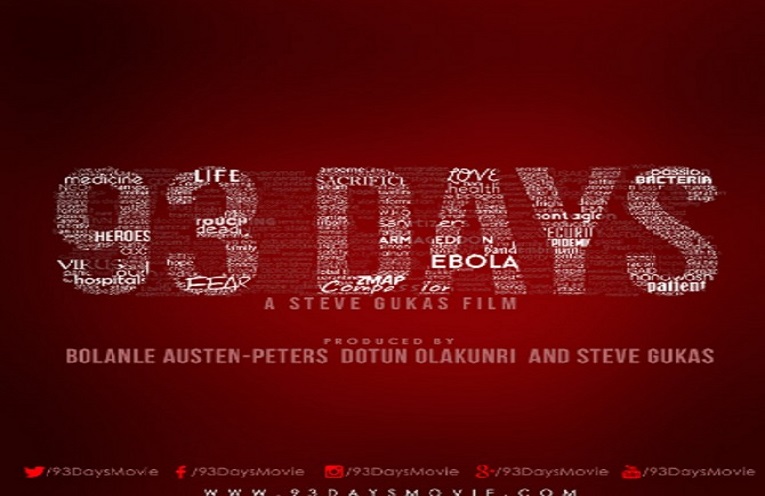 The estimated budget for this movie was pegged at over 400 Million Naira according to the movie Director, Steve Gukas. You are probably wondering how such an amount was spent on a Nollywood movie. Well this is not just any other Nollywood movie.

With the release of 93 days across cinemas Nationwide, a new standard has definitely been set for Nollywood Movie Productions.

This is a movie every Nigerian should watch, mainly because one way or the other we can relate and remember the events, panic and scare that surrounded the Ebola outbreak in Lagos, Nigeria at the time.

According to the Director, he knew this movie would either sink or swim on the performance of the cast hence the need to bring in talents for the movie.

They all brought on their A Game and delivered powerfully. Bimbo Akintola’s performance was nothing short of absolute brilliance. Bimbo gives a tour de force performance, portraying the role of Dr.Stella Ameyo Adadevoh.

If you thought Danny Glover’s accent would have been an issue, then you need to see how he got into character portraying Dr. Benjamin Ohiaeri (Chief Medical Director of the First Consultant hospital)

Wouldn’t you say there was some resemblance between the two of them?  In terms of casting majority of the actors looked like the characters they were portraying.

Veteran Nollywood Actor, Keppy Ekpeyong proves to us that like fine wine, he gets better with age.

Keppy plays the role of Patrick Sawyer, a Liberian-American lawyer who was notable for being the index case for the introduction of Ebola virus disease into Nigeria.

Keppy gives us a very insightful view into the life of Mr Sawyer before he passed away.

Somkele Iyamah, is one rising actor who is bound to break new grounds and serve as an inspiration to aspiring Nollywood actors. She plays the role of Dr. Ada Igonoh one of the survivor of the Ebola outbreak.

If you want to know how Dr. Ada survived the Ebola outbreak, then you need to see Somekele in action as she effortlessly shows us Dr. Ada’s fighting zeal and determination to beat the virus.

The rest of the cast like I earlier noted brought depth and capacity while delivering their various roles.

In 93 days the Director carefully carries us along detailing every step and action taken from the outbreak to the contamination of the deadly disease. Although the movie is about two hours long, every moment is intriguing and riveting.

The dialogue between the cast was also very convincing. One can deduce that the cast bonded well on set and were able to synchronize while delivering their dialogues.

Steve Gukas is arguably one of Nollywood’s best movie Directors at the moment. When you are done watching this movie, it hits you that only someone who is a pace setter like Steve will stop at nothing to deliver an impressive job.

The direction on this movie is definitely of international standard and will appeal to all kind of audience.

The picture quality and Cinematography is pretty impressive and must be commended. Lagos and its environs was beautifully captured. Despite the challenges movie producer go through in shooting in a metropolis like Lagos, 93 days did a fantastic job with the Cinematography.

Be sure to check out 93 days in cinemas near you.