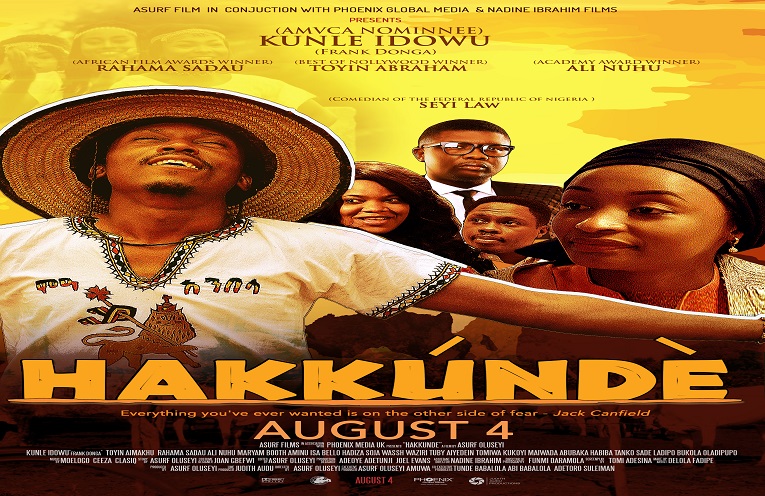 The highly awaited movie Hakkunde has finally gotten a release date.  Oluseyi Asurf, the director of the movie has officially announced August, 4 2017 as its official release date across cinemas in Nigeria.

Hakkunde which was crowdfunded will have a private screening for its ‘backers’ exclusively on June, 25th, 2017.

The film will then be premiered on July, 30th, and there would be an exclusively screening to members of the press on August 1, 2017.

It is also expected to premiere in a later to be announced date in London and Canada.

Hakkunde is an intriguing story of a young graduate who battles everything (including love, family, discrimination, drug abuse, culture, tradition and self) on his journey to self discovery and actualization. The script tells a story of the identity of an average Nigerian graduate’s struggle for an identity and livelihood.