Skip to content
You are here
Home > Features > Isn’t It Time A Film About The January 15 1966 Coup Be Made? 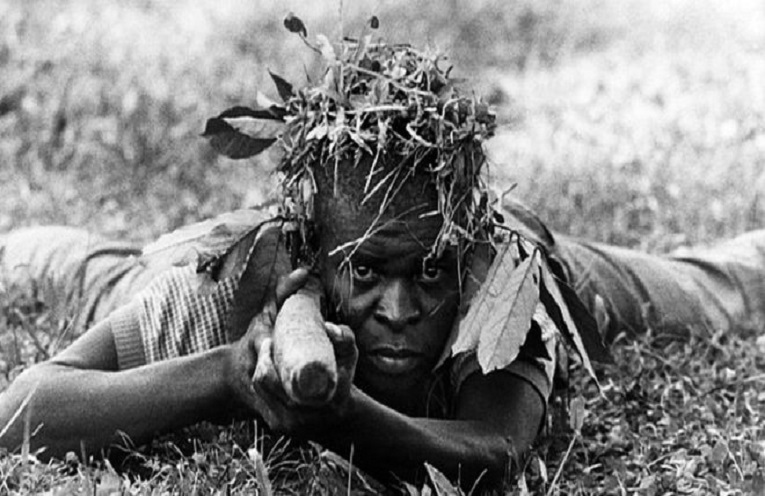 Today, Monday, January 15, 2018, makes it exactly 52 years since Nigerians woke up to the news of the military taking power for the first time in Nigeria.

It was the day when mutinous Nigerian soldiers led by Kaduna Nzeogwu and Emmanuel Ifeajuna killed 22 people including the Prime Minister of Nigeria, many senior politicians, many senior Army officers (including their wives), and sentinels on protective duty.

This day is now celebrated as the Armed Forces Day, also known as Remembrance Day in Nigeria in commemoration of the surrender of Biafran troops to the Federal troops on 15 January 1970, thus concluding the Nigerian Civil War that sought to tear apart the unity of Nigeria.

Is the time not right for a film to be made about this particular day in Nigeria’s history?

Some 9 years ago,history was yanked off the curriculum of primary and secondary schools in the 2009/2010 academic session. An article by the Vanguard Newspaper described this decision by the Federal Government in these words.

”HERODOTUS, the father of history, would be astounded about Nigeria’s decision to remove history from its school curriculum. Bourbons, who disappeared because they did not learn from history, are the best example of the perils of ignoring history, especially dedication to studying it’‘.

It was not until 2016 that the Federal Government of Nigeria restored History into the Education Curricula.

”A people without the knowledge of their past history, origin and culture is like a tree without roots”

Film is a Powerful Educational Tool

One of the most powerful way to tell our history to the young generation is through the Film Medium.

Film is a powerful tool for helping pupils to develop their knowledge, understanding and, more importantly, their historical and critical thinking skills.

Why Teach with Film
There are a number of reasons experts recommend using film in the classroom. According to the Social Science Research Network, 65 percent of people are visual learners. Add to that the increasing amount of visual communication among ALL our students as they tell their stories on Facebook walls and Youtube channels, sharing J-PEGS and VIDEOS.

In today’s age of mobile devices, Internet and video games, youth are constantly stimulated visually while they are out of school. For these visual learners, film can often convey a message better than printed or spoken words.

Some people might argue that Nigeria is not ready for the consequences of recounting the details of the event of the January 15 1996 coup. The question then is will we ever be ready?

Prior to the cinema release of the film “Half of a Yellow Sun, the Nigeria Censors Board said “it might incite violence in the country” given its subject matter – specifically, a scene that details a massacre at a northern Nigerian airport – in light of current political turmoil within the country.

Mr Bandele, the Director of HOAYS told the BBC’s Focus on Africa programme said “One of the reasons Nigeria is more divided today – 40 years after the end of the war – than it was before the war started, is because we have refused to talk about the elephant in the room.”

I couldn’t have agreed more with Mr Bandele’s statement above.

A Film on the first coup can still be made with a focus on the prominent historical figures leaving out the political and gory details till when we are ‘ready’.

Film can be extremely valuable to support an historical investigation into a prominent historical figure such as Tafawa Balewa, Nnamdi Azikwe, or Obafemi Awolowo.

Educating today’s youth requires more than textbooks. Film speaks to them in powerful ways. Why?

”A generation which ignores history has no past and no future”.

The question still remains who will take the bold step of making this film?