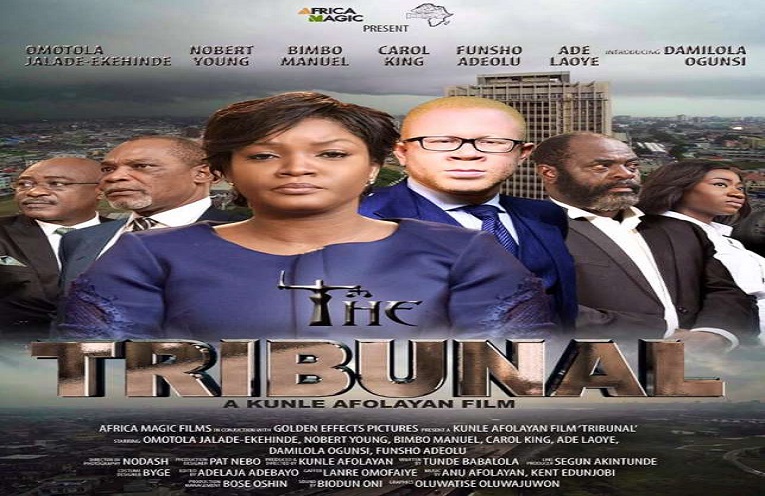 All is set for the release of Kunle Afolayan’s latest movie ”The Tribunal”.

In ‘Tribunal’, Jimi Disu, a man in his fifties, is one of the bright- minded lawyers who co-establish a leading law firm in Lagos many years ago. However, he lost his sense of direction and strength after being hit by a series of personal challenges that question his resolve as a man. He becomes a ‘charge and bail’ lawyer with no further ambition. Approached by a young, enthusiastic, fresh law school graduate, Tanimowo (who adores him for the stature of his legendary pedigree as a lawyer), to defend her friend, an albino, who has been unfairly relieved of his duties at work, Jimi Disu is presented a chance to battle his old law firm. ‘Tribunal’ stars Omotola Jalade-Ekehinde, Funsho Adeolu, Nobert Young, Ade Laoye, and Damilola Ogunsi.