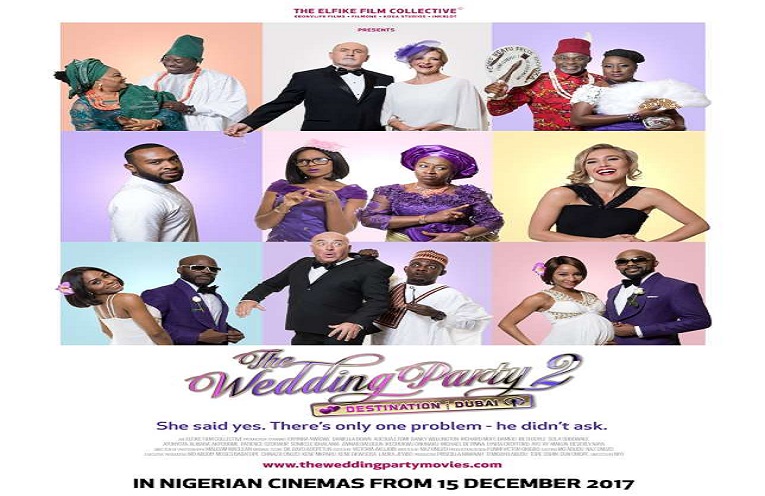 The Wedding Party 2: Destination Dubai The highest grossing movie in Nigerian cinemas ''The wedding party'' is set for the release of its second installment come December 10, 2017. According to The ELFIKE Film Collective, a partnership between EbonyLife Films, FilmOne Distribution, Inkblot Productions and Koga Studios, the sequel of the box office hit will be