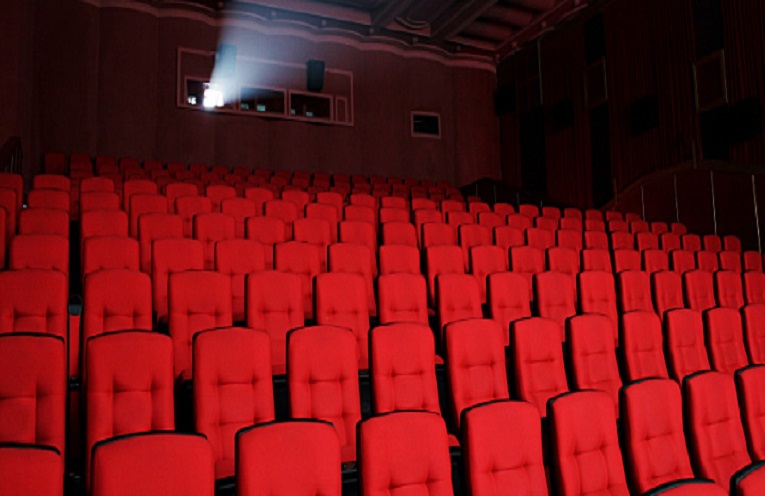 Noah Tsika is Assistant Professor of Media Studies at Queens College, City University of New York. He is the author of Gods and Monsters: A Queer Film Classic and Nollywood Stars: Media and Migration in West Africa and the Diaspora.

This article which he wrote for africascountry and shared a few days ago sparked a much needed debate on twitter.

Independently produced Nigerian films face a tough road in today’s increasingly consolidated environment. Nigerian multiplex chains continue to favor Hollywood distributors, who exercise block booking. In order to get Black Panther, for example, you must also accept the live-action Beauty and the Beast.

What little screen space remains for non-Hollywood fare is, at Filmhouse’s 8 Nigerian locations, devoted almost exclusively to the exhibitor’s own films (produced and distributed through its sister company, Filmone).

So potent has the Filmone brand become — and so effective are its distribution strategies — that even Silverbird, Genesis, and a smattering of smaller exhibitors (like Lighthouse Cinemas, a 4-screen theater located in a shopping mall in Warri, in Nigeria’s Delta State) are compelled to book its films, many of which are elite-oriented, “Afropolitan” tales of romance and big business, tailored to the international market and eventually available as in-flight entertainment, streaming options on Netflix, and satellite television broadcasts.

One of the best and most original Nigerian films of the past decade, Dare Olaitan’s independent Ojukokoro (2016) is an ideal antidote to hyper-familiar depictions of young professionals looking for love on Victoria Island. It’s a gritty, uproariously funny, at times unbearably suspenseful crime film that touches on a number of important Nigerian themes while simultaneously paying expert homage to Tarantino, Welles, Kurosawa, Huston, von Stroheim, and other cinematic masters. Unfortunately, owing to the conditions outlined above, Ojukokoro (the title, roughly translated, means “greed”) was not given a chance to become a significant box-office hit in Nigeria, despite obvious audience demand. There is a reason why The Wedding Party (2016) and its sequel were able to break box-office records in Nigeria, and it has nothing to do with “quality.” Both films were distributed by Filmone, Filmhouse had an obvious financial incentive to keep them in its theaters for as long as possible, virtually guaranteeing their profitability. By contrast, Ojukokoro was given an extremely limited run that, in a crowded marketplace conditioned by strict arrangements with Hollywood distributors as well as by the economic interests of Filmone/Filmhouse, simply could not be extended, despite audience enthusiasm. Fortunately, KJM3 Entertainment Group, the film distribution and marketing company best known for Julie Dash’s Daughters of the Dust (1991), has returned to the theatrical market, securing a three-day run for Ojukokoro at Manhattan’s esteemed Metrograph theater.

The significance of this booking cannot be overstated. Here, at long last, is an independently produced Nigerian film — an example of what KJM3 is calling “Nollywood 3.0” — receiving a commercial run at a major American art-house cinema. The Metrograph could not have found a more deserving film to kick off a weekend of contemporary African cinema. Assembling a remarkably diverse cast, Olaitan decided to transform what was supposed to be a monolingual project into what Nigerians call a “language film” (meaning one that sidesteps Standard English for the sake of any number of African languages); dialogue that Olaitan had written in English was translated into Hausa, Igbo, Yoruba, Edo, and Shan-Shan, to be delivered by actors fluent (or at least reasonably proficient) in those languages. Despite the film’s potentially broad appeal, the Nigerian multiplexes that booked Ojukokoro did little to promote it — a common state of affairs for Nollywood projects exhibited theatrically, by theater chains that routinely receive instruction kits from Hollywood studios and distributors, but that often ignore the entreaties of independent “local” filmmakers like Olaitan.

Prepared by publicity departments, Hollywood’s instruction kits — particularly those intended for overseas markets — often advise exhibitors on how best to promote a given film, offering a range of materials (posters, cards, commodity tie-ins, digital packages intended for playback on promotional television screens situated around concession stands) that can be used throughout a multiplex’s lobby, and that are meant to provide a measure of product differentiation, along with the general pomp of capital-intensive advertising machines. Expensive to produce and disseminate, exhibitor kits are relative luxuries that add to the glamour of Nigerian multiplexes, helping them to reflect Hollywood’s high promotional standards. Even if Nigerian filmmakers could afford to produce such elaborate marketing materials, it is unlikely that the multiplexes would actually use them; the latter are, despite their pious claims to the contrary, relatively unsupportive of Nigerian films, largely on the assumption that Hollywood blockbusters will always be the bigger hits, and because healthy, lasting relations with American distributors demand a pronounced degree of cooperation and commitment. The latter establish the basic conditions of a film’s exhibition in Nigeria, imposing everything from rental prices to the minimum length of film’s a run (which may be extended in the event of obvious consumer demand, as reflected in consistently high ticket sales). Hollywood’s rental fees rarely favor Nigerian exhibitors; in fact, they are often so exorbitant as to allow these exhibitors to claim that they simply cannot afford to rent Nollywood films for any price.

Whatever their actual finances, Nigerian exhibitors have managed to get away with acquiring Nollywood films at no cost. In most cases, they receive the entirety of a Nollywood film’s box-office take, yanking the film from theaters long before they would have to share profits with producers. According to the arrangement that Nigerian exhibitors themselves devised and imposed, and that clearly favors them (much as their agreements with Hollywood distributors clearly favor the latter), one third of a Nollywood film’s total box-office revenue must be shared with producers only after a film has been in theaters for six months. The catch, of course, is that Nollywood films are rarely in theaters for that long; even if they were, the arrangement would still disproportionately benefit exhibitors, essentially reversing the ratio that characterizes profit-sharing arrangements with Hollywood producers, and effectively flipping a balance of power that has long left Nigerian multiplexes at the mercy of MPAA member studios and their various distribution arms. In short, asymmetry has always typified the manner in which these multiplexes operate; in the theatrical lives of Nollywood, however, such asymmetry often means that an exhibitor profits at the expense of a producer. There are many incentives for Nigerian multiplexes to comply with the wishes of Hollywood studios; fewer, if any, for them to actively pursue Nollywood’s big-screen success. The exceptions, of course, are those instances in which a Nigerian film’s producer, distributor, and exhibitor are one and the same — as with Filmone/Filmhouse and The Wedding Party.

Olaitan’s Ojukokoro consistently filled theater seats in 2016, but it was given a mere two-week run at all Nigerian multiplexes; FilmOne’s The Wedding Party, by contrast, remained in cinemas for many months. If the latter broke Nigerian box-office records, it was not because it was somehow “better” or more crowd-pleasing than the former (though it would be difficult to deny the audience appeal of a big Nigerian wedding), but simply because it was given the chance to — because it was allowed to flourish. The temporalities of exhibition are not necessarily conditioned by audience response or box-office revenue, despite suspicions engendered by a certain brand of economic determinism, in which consumer actions are centralized and celebrated. Audiences were clearly appreciative of the nail-bitingly suspenseful, riotously funny Ojukokoro; some clamored for the film’s continued presence on the big screen so that their friends and family members could see it, lobbying box-office attendants (in this case, short-term contract workers with little exposure to distributors and theater owners and no incentive to intervene in complex industrial processes), to no avail. All the more reason to celebrate the film’s second theatrical life in North America — and to hasten to New York’s Metrograph on the weekend of April 13.

* Ojukokoro screens at The Metrograph — at 7 Ludlow Street, on Manhattan’s Lower East Side — from April 13–15. Director Dare Olaitan and producer Femi Ogunsanwo will be present for a Q&A session following the first screening on April 13.